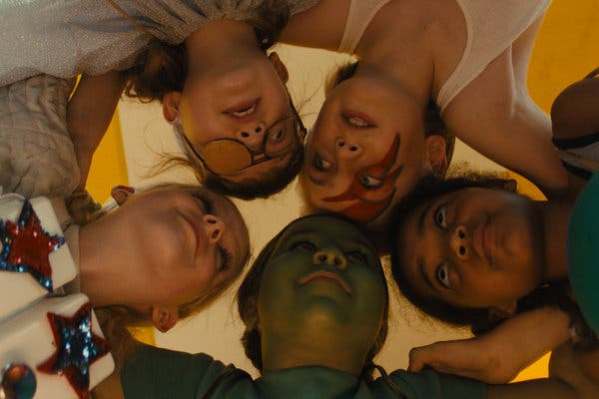 Troop Zero, the sleeper hit at last year’s Sundance Film Festival, has finally hit the smaller screens of Amazon Prime Video The preview has promised an average family dramedy set in the South after the Civil Rights Movement. The female-writing duo Bert and Bertie adapt their directing debut from the 2010 play Christmas and Jubilee Behold The Meteor Shower, written by Lucy Alibar (Beasts of the Southern Wild). It showcases a timely story of female empowerment, but I wish the movie moved me more than it should have.

Set in Georgia in 1977, Christmas Flint (Mckenna Grace) is a quirky 9-year-old girl obsessed with outer space after the death of her mother. She is offered the opportunity of a lifetime to join the Birdie Scouts Jamboree, a talent show where the winners can have their singing voices be put on a Golden Record to be played on the Voyager spacecraft. As an outsider among her peers, Christmas goes out of her way to create her own troop of misfit kids to get one chance to have her voice heard.

It’s hard not to admire the vintage production design. The attire, the cars, and the architecture are all on-point. The themes involving death are surprisingly handled with maturity. Grace, who has impressed me since the 2017 film Gifted, never ceases to amaze with her charm and energy. She leads a terrific diverse cast including Allison Janney, as Prinicipal Massey who assigns the troop, and Viola Davis as Miss Rayleen, who works for Christmas’ father’s (Jim Gaffigan) law practice in his camper and eventually becomes the head of her troop to earn enough badges in order to compete in the talent show. Its cutesy, sugar-coated nonsense is enough to make up for its flaws.

Although the second act of Troop Zero hits right at home, the uneven tone, awkward attempts at humor, and its familiar narrative all falter a bit. Nevertheless, it’s still a rock-solid movie that families with older kids will find some enjoyment during the winter. Not to mention, the soundtrack is top-notch. There is a scene that pays tribute to the beginning of Reservoir Dogs, where our protagonists walk in slow-motion to George Baker Selection’s “Little Green Bag”. Also, the use of David Bowie’s music couldn’t be more appropriate.

British director Steve McQueen received fame with 2008’s Hunger, about the 1981 hunger strike in a Northern Ireland prison, and the 2011 erotic thriller Shame, which earned a rare NC-17 rating. He would eventually go back in time for the Oscar-winning 2013 film 12 Years a Slave, following Solomon Northup’s fight for freedom in the South during the 1800s. His latest film, Widows, is his first time heading into the mainstream. Co-written by Gillian Flynn (author of Gone Girl), this is a film of female empowerment and betrayal in contemporary America. It’s a revenge thriller, political and human drama wrapped into one exhilarating picture.

Set, like in every great movie, in modern-day Chicago, Harry Rawlings (Liam Neeson) leads a group of criminals to pull off a heist that goes tragically wrong when their van explodes in a safe house. Four widows–Veronica (Viola Davis), Alice (Elizabeth Debicki), Linda (Michelle Rodriguez), and Amanda (Carrie Coon)–are all affected by the accident.

One day, crime boss Jamal Manning (Brian Tyree Henry), who’s running as the alderman for the 18th ward on South Side against Jack Mulligan (Colin Farrell) whose father (Robert Duvall) was once an alderman, enters Veronica’s apartment to tell her about her husband’s next heist that was worth $5 million. He wants her to get part of the money for him to use in his political campaign. With Amanda not present, Veronica stops at nothing when she assigns Alice and Linda to pull off the heist.

I have never seen a movie this year that contained plenty of thrills, authenticity, and sheer poignancy all at the same time. Kudos to the excellent screenplay by Flynn and McQueen (easily one of the year’s best) and Sean Bobbitt’s cinematography, there is not a single wasted moment. Davis leads a terrific cast and gives another miraculous performance as Veronica, a member of the Teachers Union who decides to finish what her husband started. The movie opens up how the four families live their lives prior to the heist–either as an owner of a dress store, a stay-at-home mother with a four-month-old child, or a wife with an abusive mother (Jacki Weaver). Everyone–particularly Duvall, Farrell, Neeson, Debicki (also terrific), Daniel Kaluuya, and Rodriguez–has their big moment.

The audience learns where these three-dimensional characters are coming from as the film progresses. Every bit is just as gripping as it is truly devastating. With Chicago as the backdrop, the movie brilliantly explores the prejudices and the corruption taking place in one of the biggest cities in the world. Containing enough twists and turns, Widows is one of the most unforgettable heist films to come out this century. 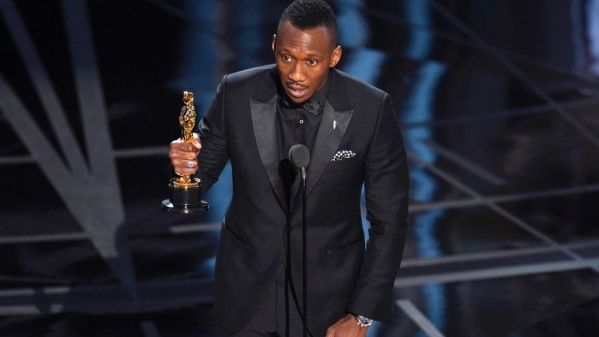 It was actually a fun Oscars ceremony! One of the funniest things host Jimmy Kimmel does on his talk show is trash talking Matt Damon (it’s kind of a long story). When he walked on the stage, he cracked jokes about the nominees (including Meryl Streep receiving her 20th Best Actress and starring in hundreds of “mediocre movies”), politics (not to mention references to Donald Trump), and, of course, his feud with Damon mentioning that he backed out of playing the lead in Manchester by the Sea to star in The Great Wall, one of the biggest box-office bombs of 2017 so far.

Another one of my favorite segments Kimmel does on his show is “Mean Tweets”. This is where celebrities read their mean tweets. Some of them are really funny, while some of them are just horrible. I was so proud he did it last night during the ceremony! There were a lot of montages, and I loved how we get to see actors talking about their experiences with some of their favorite movies and falling in love with a certain actor from that film, and having them present on stage. Charlize Theron and Shirley MacLaine (The Apartment), Seth Rogen and Michael J. Fox (Back to the Future), and Javier Bardem and Meryl Streep (The Bridges of Madison County).

A lot of people boycotted last year’s Oscars due to the lack of diversity in the nominations. The president of the Academy Cheryl Boone Isaacs made a wonderful speech proving that “Art has no borders.” Meaning, the nominations will be more diverse in the coming years. Denzel Washington became the first African-American to receive the most Best Actor nominations (5). African-Americans Mahershala Ali (Moonlight) and Viola Davis (Fences) both won their Oscars for their wonderful performances in supporting roles, and definitely well-deserved!

A lot of you know that La La Land was my pick for the best movie of 2016, and the movie I’ve seen the most times in the theaters (a total of FIVE TIMES; you can tell I’m downright obsessed with it). I, along with many others, wanted it to win big Best Picture. The movie did set some records. Nominated for 14 Oscars, it tied with Titanic for receiving the most nominations including Best Picture, and Damien Chazelle being the youngest person to win Best Director, at 32 years old. And also, it won the most awards—taking home six. Emma Stone, who took everyone’s breath away with her golden vintage-style gown (just WOW!), won a well-deserved Best Actress for her performance as an aspiring actress trying to make ends meet in Los Angeles. I’m proud to see Casey Affleck, who looks like a Bostonian Jesus with the beard (I mean that as a compliment), deserved his win for Best Actor for Manchester by the Sea.

Last night had a fair share of surprises. When Warren Beatty and Faye Dunaway announced that La La Land won Best Picture, I have never been happier since the New England Patriots won this year’s Super Bowl. Then, there was commotion up on stage. I wondered, “What’s going on?” Jordan Horowitz, one of the producers of La La Land said, “There’s a mistake. Moonlight, you guys won Best Picture! This is not a joke!” My joy quickly transitioned to a state of shock.

What happened with that mix-up was that Beatty and Dunaway got the wrong envelope. Someone backstage even said so. Then, Beatty realized he was holding the envelope for Best Actress instead of Best Picture. I have nothing against Moonlight (which took home two more nominations for Best Supporting Actor for Mahershala Ali and Best Adapted Screenplay) because it’s a beautiful movie about a young African-American man trying to find who he really is. However, I thought it was a big joke that La La Land gave up their Best Picture to Moonlight. Unfortunately, Horowitz was right. It wasn’t a joke. Director M. Night Shyamalan hilariously tweeted about the shocker saying, “I wrote the ending of the academy awards 2017. Jimmy Kimmel, we really got them!” I woke up this morning to that, and I certainly got a good kick out of it.

But hey–look on the bright side. Moonlight became the first film by A24 to win Best Picture. Here’s to a dozen more!

This has been one of the better ceremonies in quite some time (the one where Seth MacFarlane was the host will always be one of the biggest mistakes the Academy ever made). Congratulations to everyone who won their awards!

A group of criminals team up to take down an entity in David Ayer’s Suicide Squad (Source: IMDb)

After the disaster known as Batman vs. Superman: Dawn of Justice, I wonder if the DC Extended Universe (starting with the 2013’s decent Man of Steel) will have a good movie for once. DC is remaining on the dark side with Suicide Squad. A great cast playing a group of supervillains under the direction of David Ayer—responsible for writing Training Day and directing End of Watch and the excellent WWII tank flick Fury.

After one year of anticipation, does it hold up? Not necessarily.

Is it better than Batman vs. Superman? You bet! But that’s not saying much.

Amanda Waller (Viola Davis) is the head of an intelligence agency. She and her officials recruit a team of criminals including Deadshot (Will Smith), Harley Quinn (Margot Robbie), Captain Boomerang (Jai Courtney), Killer Croc (Adewale Akinnuoye-Agbaje, a.k.a. Mr. Eko from Lost), among others. They form Task Force X to take down a witch known as Enchantress (Cara Delevingne) from taking over the world (insert Street Fighter reference here). While the Joker (Jared Leto) is on a mission of his own of getting even with his lover, the team must work together to save the world, or else they all get killed.

Suicide Squad has its moments. While every single character is as thin as a piece of paper, the performances are not bad. The only ones I cared for are Deadshot and Harley Quinn, kudos to the performances by Smith and Robbie, who reunite a year after Focus. The soundtrack—featuring the likes of The Rolling Stones, Credence Clearwater Revival, Eminem—is pretty awesome. There is plenty of dark humor sprinkled throughout the 130-minute duration (not surprisingly, this movie is the funniest in the DCEU). While Jared Leto breathes a different life into the Joker, the rest of the movie wouldn’t make a difference if his scenes got cut altogether.

The movie does not save itself from an incoherent script, choppy editing (notably the first act), an obnoxious action-filled finale, plot holes galore, and a lackluster villain (Delevingne’s Enchantress doesn’t look too bad visual-wise, but her purpose is beyond crap). Better luck next year, DC.