American Ultra is the closest we’ll get to seeing Jason Bourne as a stoner.

Jesse Eisenberg and Kristen Stewart, starring in their first movie since Adventureland, play two stoners living in a small West Virginia town. One night, Mike Howell is working at a convenience store until he sees two hitmen breaking into his car. He beats them up with a spoon and a bowl of ramen noodles. While he’s telling his girlfriend Phoebe on what happened, he doesn’t know that he is spy. Case in point, CIA agents Lasseter (Connie Britton) and Yates (Topher Grace) use him as an extermination target. His incredible abilities are activated and he is one step closer to propose to the girl of his dreams.

The end of August to the beginning of September is usually where it starts to quiet down, in terms of the box office. Even though it might flopped this past weekend, American Ultra somewhat delivers. It’s violent (maybe a little too violent), funny, and fun. However, when it tries to be funny, it really tries (sorry, Topher Grace). Jesse Eisenberg pulls off the off-beat, socially awkward guy well. Kristen Stewart gives a slightly wooden but surprisingly human supporting role as his girlfriend (throws Twilight out of the water). It might not be a classic, but I slightly enjoyed it.

July has not been the strongest month for film. There were some good ones, but most of them, not so much. Now it’s August. The summer movie season is almost over. There isn’t a lot of movies I’m excited for this month; given the fact that August and September are always the quietest months for movies. Without further ado, it’s time to talk about what has yet to come out.

Shaun the Sheep (opens tomorrow) – Aardman, the people behind Wallace and Gromit, Chicken Run, and The Pirates! Band of Misfits (or In an Adventure with Scientists in the U.K.), are back to bring us another colorful, stop-motion animated adventure. Shaun the Sheep, based on the television show, looks like a fun ride for the whole family. Given it has little to no dialogue. The jokes are within the visuals; spoofing countless classic movies such as The Silence of the Lambs and Back to the Future.

Fantastic Four – It’s about time to see a reboot of Fantastic Four. The 2005 version is one of the worst superhero movies ever to come out in the 21st century. It’s quite refreshing to see director Josh Trank (Chronicle) giving the movie a different vision unlike most superhero movies. He had a lot of inspiration from Interstellar. I think this is the closest we will get to see Christopher Nolan directing his own version featuring these superheroes. This movie looks visually dazzling! With a gifted cast, I’m definitely looking forward to it.

The Gift – Seeing the preview for this movie before Poltergeist sent shivers down my spine. This psychological thriller starring and directed by Joel Edgerton seems very creepy and heart-throbbing.

Ricki and the Flash – Ah, Meryl Streep. The actress who is loved by the Academy of Motion Picture Arts and Sciences. I’m pretty sure she will get nominated for Best Actress for her performance as a mother-turned-rock star. Even though this looks far from original, I think her performance as well as Jonathan Demme’s direction will carry through. 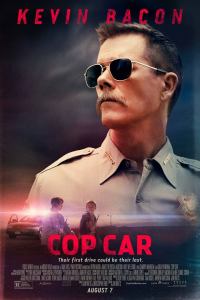 Cop Car – A thriller about a cop searching for his car after a pair of kids take it on a joyride. It’s nice to see some mustachioed Bacon. For a midnight movie, this looks quite enjoyable.

The Man from U.N.C.L.E. – Now this looks a lot of fun! Superman and the Lone Ranger teaming up together to stop a criminal organization from using nuclear weapons during the Cold War. Based on the classic television show, The Man from U.N.C.L.E. gives Guy Ritchie (Sherlock Holmes, Snatch) his own typical sleek style and dry humor. Henry Cavill and Armie Hammer look like they are having the time of their lives. It’s awesome to see Hugh Grant again.

Straight Outta Compton – I’m not a big fan of rap music. But, my goodness, does this look good? The biopic of the members of N.W.A. seems to be powerful stuff.

Underdogs – Am I the only person who thinks Underdogs is somewhat of a rip-off of Angels in the Outfield? The main character thinking all is lost, a miracle comes, and he’s happy. I enjoy sports flicks, but this does not look good at all.

American Ultra – An action-comedy starring Jesse Eisenberg and Kristen Stewart as two stoners in the middle of a government assignment? Yes, please!

Hitman: Agent 47 – I haven’t seen the first movie, and this doesn’t make me become interested in this one. Zachary Quinto is awesome, but I don’t think he’ll carry through as the villain.

Sinister 2 – A horror move that seems to be almost free from scares? Moving right along.

She’s Funny That Way – A better title would be She’s UNFUNNY That Way. I’m shocked to find out Wes Anderson is attached to this project (as one of the executive producers). With funny actors attached to this movie (Owen Wilson, Jennifer Aniston, Imogen Potts, Will Forte), it seems to be a wasted opportunity.

Regression – This has not been talked about a lot lately. I don’t know why. This mystery-psychological thriller looks quite eerie. Emma Watson. Ethan Hawke. Alejandro Amenábar (The Others). What more do you need? 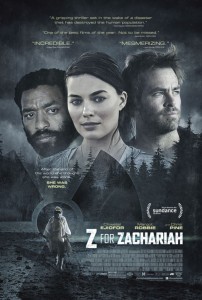 Z for Zachariah – I never read the book. I cannot judge a movie from a book. A book is a book while a movie is a movie. This apocalyptic story looks absolutely gorgeous. With only three actors – Margot Robbie, Chiwetel Ejiofor, and Chris Pine – being caught in a love triangle, I think this looks quite fabulous.

We Are Your Friends – With his High School Musical days behind him, I’m amazed how Zac Efron has matured into a talented actor. His breakthrough performance in last year’s Neighbors is quite something. In this movie, he stars as a DJ about to appear in the electronic music scene. It looks decent enough, but nothing special.

Most Anticipated: Fantastic Four, The Gift, The Man from U.N.C.L.E., Z for Zachariah

I hope enjoyed reading my thoughts on what has yet to come out in the month of August. Please feel free to leave a comment on what your most anticipated movies for this month are. I appreciate each and every one of you to read what my thoughts on the biggest summer blockbusters as well as some independent films. Stay tuned to hear what my thoughts are for the movies next summer. Also, stay tuned as I do a top twenty list of my most anticipated movies for the rest of 2015 (there are a lot of movies I’m looking forward to this fall). Take care.