50. Ford v. Ferrari (2019) – There are several movies over the past ten years that were worth seeing on the big screen. Clocking in at two-and-a-half hours, James Mangold’s return to biopic-territory drives by (no pun intended) like a breeze. I have never heard of the story behind the 1966 24-hour race at Le Mans until walking into the theater. This is an exhilarating and downright hilarious movie with superb performances by Matt Damon and Christian Bale (rare to see him perform with his native British accent nowadays). Also, big thumbs up for actually filming the climactic race in Le Mans.

49. Lincoln (2012) – From Young Mr. Lincoln to Abraham Lincoln: Vampire Hunter, Abraham Lincoln has been portrayed and parodied hundreds of times since the beginning of the 20th century. However, no other movie would have this much power that Steven Spielberg and Tony Kushner bring here. Even as a child, I imagined Lincoln to have a high-pitched voice (without even knowing, years later, that he actually did). Daniel Day-Lewis perfectly embodies the 16th president of the United States, with his tall stature, killer sense of humor, and his love for public speaking. Leading a stellar cast including Sally Field, Tommy Lee Jones, Joseph Gordon-Levitt, Tim Blake Nelson, and David Strathairn, this is a patient and timely portrait of a legendary man’s final months in office.

48. 12 Years a Slave (2013) – Steve McQueen’s Oscar-winning film is far from easy viewing. At the same time, it’s an uplifting odyssey of Solomon Northup (a superb Chiwetel Ejiofor), an African-American violinist from upstate New York encountering the horrors and unexpected sympathies as a slave on his road to freedom. An all-star cast with the likes of Michael Fassbender as a vicious slave owner, Lupita Nyong’o, Brad Pitt, Paul Giamatti, and Benedict Cumberbatch all carry through in a movie so disheartening and beautiful.

47. Selma (2014) – For her portrait on Martin Luther King, Jr.’s quest for civil rights in Alabama, director Ava DuVernay takes David Webb’s screenplay to make the most powerful film on the subject. David Oyelowo’s portrayal of King is a gentle soul, who is a caring husband and an ambitious leader in the Civil Rights Movement. With a gifted supporting cast including Carmen Ejogo as Coretta Scott King and Tom Wilkinson as LBJ, a lot of research was done to get the history 100% accurate. It all worked out beautifully. Selma is required viewing for American history classes.

46. Midnight in Paris (2011) – Woody Allen has made some of the greatest films since the 1970s–Annie Hall, Manhattan, Hannah and Her Sisters, Crimes and Misdemeanors, Vicky Cristina Barcelona, and Blue Jasmine. Coming from somebody who loved all those movies, Midnight in Paris is probably his magnum opus. It’s a downright charming, witty story about an American screenwriter named Gil (Owen Wilson, who has never been better), who moves to Paris with fiance Inez (Rachel McAdams). One night, while resting after a late-night stroll through the city, he mysteriously goes back to the 1920s, and encounters several historical figures including F. Scott Fitzgerald (Tom Hiddleston) and Ernest Hemingway (Corey Stoll). This movie contains themes that are familiar with his other movies involving characters in love affairs and Gil’s love for this magical era is infectious. There is a line from Hemingway that is not only, but also rings true about writing: “If it’s bad, I’ll hate it because I hate bad writing, and if it’s good, I’ll be envious and hate all the more.”

45. Manchester by the Sea (2016) – Kenneth Lonergan’s drama set in New England is about as hard-hitting as it is engaging. Casey Affleck received a well-deserved Oscar for his performance as Lee, a janitor from Quincy returning to his home in Manchester-by-the-Sea setting up funeral arrangements for his brother Joe (Kyle Chandler) while looking after his nephew Patrick (Lucas Hedges). Through a series of flashbacks, we quickly begin to learn how and why Lee has left his home after all these years. Talking too much about it will ruin the whole movie.

44. Skyfall (2012) – Daniel Craig is arguably the best James Bond since Sean Connery. He gains enough charm of Connery, as well as having the violent side of Timothy Dalton. Casino Royale served as my proper introduction to the ongoing franchise with its incredible stunts and the most intense game of poker ever witnessed on film. After the disappointing Quantum of Solace, Sam Mendes and Roger Deakins both take the franchise to another level with Skyfall. From beginning to end, this is a gripping, stunning ride of getting rid of someone from M’s (Judi Dench) past. As Rauol Silva, Javier Bardem gives enough complexity to his delightfully over-the-top performance. Skyfall is up there with Casino Royale, Goldfinger, and GoldenEye as one of the best in the series. Bring on, No Time to Die!

43. John Wick (2014)/John Wick: Chapter 2 (2017)/John Wick: Chapter 3 – Parabellum (2019) – This exhilarating trilogy showcases how awesome Keanu Reeves truly is. It tackles the familiar concept of “bringing back the past” in a unique way. Chad Stahelski (who worked as Reeves’ stuntman in The Matrix) is behind the director’s chair to give some of the most amazing action in recent years. Sprinkled with dark, deadpan humor and suave energy from its talented cast with the likes of Ian McShane, the late Michael Nyqvist, Laurence Fishburne, Willem Dafoe, Halle Berry, and John Leguizamo. The first had a simple revenge plot, while the sequels up the ante. I mean, how can you not get excited seeing our action hero riding on a horse through the streets of NYC? 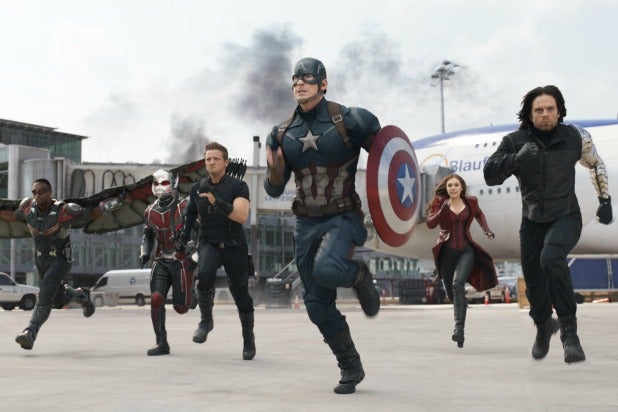 42. Captain America: The Winter Soldier (2014)/Captain America: Civil War (2016) – After his introduction in the flawed yet entertaining origin story from 2011, “The First Avenger” returns to get caught up on American society in The Winter Soldier. This is where directors Anthony and Joe Russo introduce a more political vibe in the MCU. Although it contains plenty of humor, it surprised me on how dark it becomes. Robert Redford couldn’t be any better in a villainous role.

Its follow-up–Civil War–ups the ante in a showdown of terrific proportions. It features characters we know as well as some new ones and some of the best action set pieces in the franchise. The titular battle showcases the most thrills and laughs the franchise has to offer. Thank goodness Chris Evans decided to play the most badass Avenger after the disastrous Fantastic Four films. Oh–and take out the tissues. You might need them.

41. The Shape of Water (2017) – There is a familiar theme in the films of Guillermo del Toro: the real monsters are more human than one might expect. His Best Picture winner, The Shape of Water, is a fantasy, romance, Cold War thriller, and a delightful tribute to the Golden Age of Hollywood all wrapped into one. Sally Hawkins leads a talented cast as Elisa, a mute janitor at a government facility, who gains a connection with a sea creature known as the Amphibian Man (Doug Jones), which is obviously inspired by The Creature from the Black Lagoon. Dan Laustsen’s cinematography and Alexandre Desplat’s Oscar-winning score are enough to carry the beauty and madness of this movie.