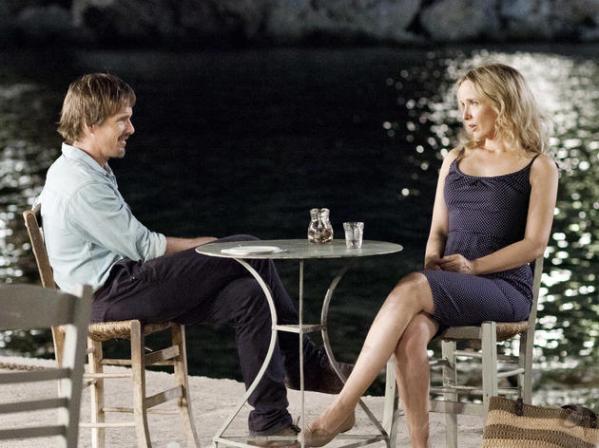 60. Before Midnight (2013) – It’s crazy how this love story started in 1995 with Before Sunrise, where two strangers meet by chance on a train to Vienna, and decide to spend the entire night walking and falling in love in the city. We reunite with them nine years later in Before Sunset in Paris, even with the limited time they have.

In 2013, Richard Linklater, Ethan Hawke, and Julie Delpy make magic yet again in Before Midnight. We see Jesse and Celine as an unmarried couple taking a vacation in Greece, where they begin to get on each other’s nerves. This is where these characters begin to write themselves. It’s amazing how much they have evolved. Even though I prefer Sunrise slightly more, this movie still tackles thought-provoking topics as well as the honest truth about relationships. People who are over 40 can relate to Jesse and Celine in these movies. 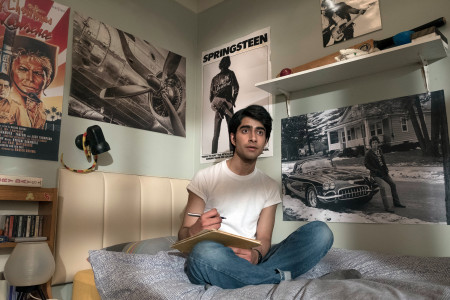 59. Blinded by the Light (2019) – This movie would have been okay if it was set in a small town in the Midwest, but it won’t have as big of an impact as Gurinder Chadha brings to the screen in this movie based on Sarfraz Manzoor’s memoir. As a big fan of Bruce Springsteen, I knew I was in for a treat.

Viveik Kalra is a revelation as Javed, a Pakistani teen having big dreams in a boring British town while he gets bullied by his peers and his dad is out of a job. It’s not until a classmate Roops introduces him to the music of The Boss. Javed asks, “Whose ‘Boss’?” Roops’ response: “The Boss of us all.” From there, Javed quickly understands what his music is telling him. In a movie that could have been manipulative, Chadha hits the tone perfectly. It’s a shame it didn’t receive a lot of attention in theaters. Blinded by the Light will have you smiling through the entire running time.

58. Paterson (2016) – I have never heard of Jim Jarmusch before walking into see this movie. This movie is as charming as it is poetic. Adam Driver is a delight as Paterson, a bus driver from Paterson, New Jersey, who happens to be a poet. We follow a week in the life of this character; each day has a surprising occurrence that will make you laugh or feel relaxed. Featuring delicious symbolism, this is certainly a great film to revisit once every year. 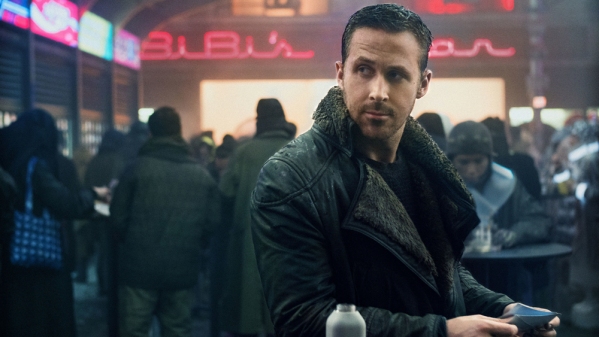 57. Blade Runner 2049 (2017) – It has been 35 years since Ridley Scott brought the future to life on Blade Runner, which became one of the quintessential sci-fi films of all-time. Now–Denis Villeneuve brings it back to life with a violent, gorgeous, and thoughtful adventure that couldn’t be more satisfying. Ryan Gosling is no stranger to playing dark characters. Leading a massive ensemble, his portrayal of Officer K is the most understated of his career. It’s great to see Harrison Ford back as Deckerd. Roger Deakins’ cinematography is simply out-of-this-world!

56. Bridge of Spies (2015) – Tom Hanks, Steven Spielberg, and the Coen brothers. It’s clear there are going to make something truly special in this thriller set during the Cold War. Everything about this feels so right–from its witty, fascinating screenplay to the marvelous, old-fashioned sets to Janusz Kaminski’s fantastic cinematography. Not to mention, the excellent performances by Hanks as lawyer Jim Donovan and Mark Rylance as Soviet spy Rudolf Abel (who won an Oscar in an upset). God bless you, Spielberg!

55. Drive (2011) – Danish filmmaker Nicolas Winding Refn directs Ryan Gosling in the most complex performance of his career. Here, he plays a Hollywood stunt driver by day, and a getaway driver by night. After a heist goes awry, he must do whatever it takes to protect his neighbor Irene (Carey Mulligan) from the ones responsible. Refn is the perfect director for this movie, with its thrilling, practical action, retro-style music, clever use of lighting (e.g. the scene in the elevator), subtle performances from a stellar cast, and its dark sense of humor.

54. Booksmart (2019) – Believe the hype! Booksmart certainly is Superbad for the new generation. It’s hard to make a crude comedy without getting too offensive. First-time director/co-writer Olivia Wilde generates some of the biggest laughs while giving a familiar plot that somehow feels fresh. Leading a great cast (including a scene-stealing Billie Lourd), Kaitlyn Dever and Beanie Feldstein are pitch-perfect as two overachieving friends who decide to spend one wild night on the last day of school; resulting in one surprise after another. The chemistry between the two is nothing short of infectious. Be prepared for a nonstop riot! 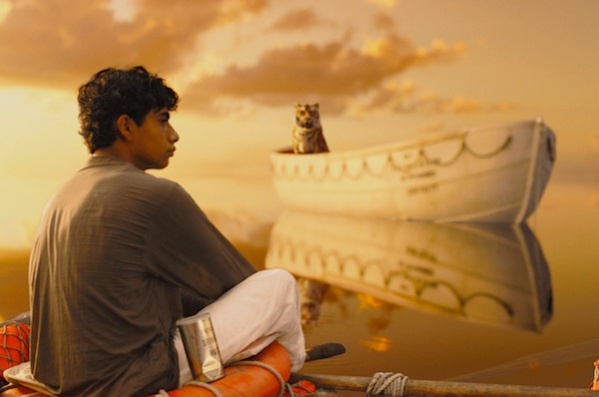 53. Life of Pi (2012) – This is a character study that is visually stunning as it is haunting. It might follow the classic survival formula, but Ang Lee’s adaptation of Yann Martel’s “unfilmable” novel of the same name does it in a most unique way. Suraj Sharma plays Pi, a boy from Pondecherry, India, whose family decides it’s time to move their zoo to Canada. After they get shipwrecked, Pi’s faith is tested many times while out in the middle of the Pacific Ocean all alone in a lifeboat with a Bengal tiger named Richard Parker. Filled with symbolism, thought-provoking themes, and beautiful CGI, this is a survival tale to die for. The ending will question the vast contradiction between myth and reality.

52. Knives Out (2019) – Before we see him in his last outing as James Bond in a few months, Daniel Craig plays the famous Southern detective Benoit Blanc in Rian Johnson’s witty, old-fashioned whodunit. It’s a movie that requires your close attention. There are so many twists and turns on every corner; all of which are more engaging than the last. The massive cast delivers excellent performances including Jamie Lee Curtis, Michael Shannon, Ana de Armas, Chris Evans, and Christopher Plummer. Definitely something Agatha Christie would love!

51. Phantom Thread (2017) – Daniel Day-Lewis has been some amazing films over the years. His final film before retirement, Phantom Thread, goes down as one of his absolute best performances. As fashion designer Reynolds Woodcock, he showcases a lot of charm and despair. Sprinkled with dark humor and Paul Thomas Anderson’s wonderful cinematography and directing, I imagine this is what 50 Shades of Grey would look like without the kinky sex.