80. All Is Lost (2013) – Robert Redford has played such wonderful roles since the 1950s. All is Lost is no exception. He’s the only actor in J.C. Chandor’s film about Our Man (as he’s known in the credits) trying to survive in the Indian Ocean after a shipping container damages his boat. Containing no dialogue (except for a voiceover monologue in the beginning and a sudden emotional outburst), Redford gives a physically demanding performance, as we sympathize with Our Man to safety, despite losing his potential hope. It might not move at a fast pace, but patient viewers will be on the edge of their seats and appreciate its ambiguity. The ending will stick with you days after watching it. Redford has left a great legacy after his retirement.

79. The Perks of Being a Wallflower (2012) – Stephen Chbosky adapts his own book into one of the more surprising high-school movies I have seen in recent years. Logan Lerman gives a heartbreaking performance as Charlie, a high-school freshman making friends with two half-siblings (Emma Watson and Ezra Miller, equally great). Not only that, he has a dark secret that might surprise audiences. Although not fully implied, the movie does hint Charlie is suffering from post-traumatic stress. When he has his eventual breakdown, using clever angles, it’s upsetting. In the end, however, it’s nothing short of extraordinary.

78. The World’s End (2013) – Edgar Wright’s last movie in the “Cornetto” trilogy, in my opinion, tops both Shaun of the Dead and Hot Fuzz. It reunites Simon Pegg, Nick Frost, and Martin Freeman, as well as newcomers such as Rosamund Pike and Pierce Brosnan. Not only is the movie about a group of friends going on a pub crawl funny, but it’s also surprisingly poignant. A lot of people might be thrown off by its apocalyptic subplot, but I think this is what This Is the End should have been, instead of being something lazy, immature, and completely random. The World’s End is unsettling and action-packed (the bathroom fight is one of the most awesome fights I’ve ever seen in a movie). This contains probably my favorite “jumping the fence” gag.

77. The Farewell (2019) – Earlier this year, A24 has released a movie for the entire family. The Farewell, based on director Lulu Wang’s life, is an emotional powerhouse of a movie. Awkwafina is a revelation as Billi, a young Chinese-American woman who travels to China after hearing her grandmother being diagnosed with cancer. The shocking part is no one in her family has told her the sad news, so they all reunite for a wedding to make up for it. The results are nothing short of witty and enchanting. It showcases the difference between Eastern and Western cultures and the need for the truth.

76. True Grit (2010) – I recently watched Joel and Ethan Coen’s remake of the 1969 classic Western for the first time since seeing it in theaters. I almost forgot how much I loved this movie. The performances from Jeff Bridges as the hard-drinking, one-eyed gunslinger Rooster Cogburn, Matt Damon as Texas Ranger LaBeouf, and Hailee Steinfeld, in her first acting role, as Mattie Ross all make this movie worthwhile. Roger Deakins’ beautiful cinematography, the directors’ trademark dark wit, the supporting cast including Josh Brolin and Barry Pepper, the brutal violence and tension are enough reasons why this remake is darker and superior than the original.

75. Inside Out (2015) – It sure does take lots of guts for a grown-man to cry his eyes out. Inside Out destroyed me (I mean that in the best possible way) the first time around. It’s great to revisit the wonderful world inside the brain two more times in theaters. With beautiful animation, excellent voice performances from Amy Poehler, Bill Hader, Lewis Black, Mindy Kaling, and Phyllis Smith among others, humor to win over kids and adults, and enough emotion to even it out. In a world of sequels, it’s refreshing to see something original from PIXAR for a change. 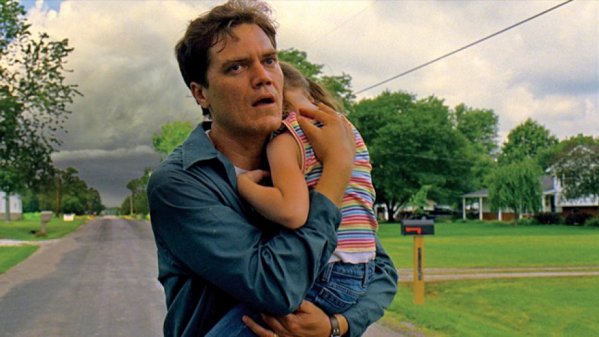 73. Take Shelter (2011) – Jeff Nichols is one of the most versatile filmmakers in the American arthouse scene. Mud, Midnight Special, and Loving are all overlooked yet they are some of the most engaging films of the past ten years. However, his masterpiece, in my opinion, is Take Shelter, starring frequent collaborator Michael Shannon as Curtis, a construction worker from Ohio who has hallucinations of a powerful storm that has yet to come. His anxiety is all the more engaging as the film progresses. The symbolic images will want you to go back to revisit Take Shelter time and time again.

72. Land of Mine (2016) – This Danish war film is set after World War II, where a group of German prisoners of war are trained by the Danish army to dig up 1.5 million mines along the North Sea. There is plenty of tension involved in this forgotten chapter of WWII history where you see these youths risking their lives of deactivating the mines without getting blown up. At its core, this is a story of revenge. Rex Reed said it best in his review, “This is a great film, sensitive and sympathetic to all survivors of all wars everywhere, and a plea for humanity in all of us in the hope that it never happens again.”

71. Zootopia (2016) – Another animated movie that surprised me. It contains a narrative that is part-buddy-comedy, part-murder-mystery, and part-social-commentary. Its timely message of how prejudice can lead to racism is brought to life brilliantly in a movie with gorgeous animation, lovable characters, and a talented voice cast led by Jason Bateman and Ginnifer Goodwin. I think this movie is more suited for adults, since a lot of pop culture references (The Godfather and Breaking Bad) will go over the heads of younger children.